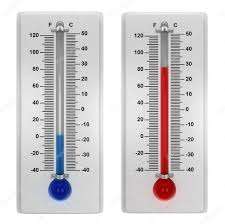 The average annual temperature in Kolašin is 7.3 degrees. January is the coldest month with minus 1.9 degrees. The warmest month is July with the average temperature of 16 degrees. The average temperature during fall is 8.3 degrees, while during spring it is usually 6.5 degrees, making fall warmer than spring. The highest maximum temperature is 25 degrees on average. In August, there are 13.7 such days, 12.7 in July, whereas the number of tropical days is insignificant – seven days per year. In January and February there are twenty two ice days on average. The average air humidity is 78%. The lowest air humidity in August (73%) and the highest in December (84%).

Some of the data concerning Kolašin you may find interesting:

The lowest temperature ever measured here is -29.8 ° C, and there is the average of 130 frost days.

The heating period in Kolašin lasts for 250 days – from September 17th to May 24th.

January is the coldest month with the average temperature of -1.9°C, whereas the warmest month is July 16°C on average. The fall in Kolašin with its average of 8.3°C is warmer than spring (6.5°C), which is explained by the influence of the sea, and there is a somewhat faster temperature transition from winter to summer than vice versa.

The highest temperature of 36°C was recorded in Kolašin on 29th August 1956, whereas the lowest recorded temperature of -29.8°C was recorded on 13th January 1985. During the year, the town has the average of 127.2 frost days, and there are times when the temperature goes down to -3° C in June. In the mountain part of the municipality, the number of frost days goes up to 150 per year.

Average number of hours of sunlight in Kolašin area is 1830 hours.

The month with most rainy days is December with 310.4, whereas July is the driest with 72.3 mm. As the elevation increases, the average of precipitation increases as well, whereas some parts in the southwest of the town reach over 2700 mm.

On average, the snow falls for 52, and in higher parts of Bjelasica, for over 60 days per year, most often in January and February. In the area of Kolašin, the land is covered with snow with the average of 82.8 days per year, with large fluctuation to up to 108 days. In areas over 1500 meters a.s.l, there are more than 120 under snow, whereas there are more than hundred days with snow coverage of at least 30 cm. The average maximum snow height on active skiing terrains is between 110 and 150 cm, up to more than two meters. In the last 10 years, ski season lasts for 120 days on average.

When it comes to winds blowing in this area, north wind is most common and it has highest average speed with force up to 25.8 meters per second. Both south and southwest winds are significant, southeast and west are rare, whereas the west rarely occurs.

On average, there are only 10.2 days of strong wind in Kolašin, and there were numerous years when such winds were not at all present. On average there are only two days per year with winds stronger than what is categorized as an eight on Beaufort scale, i.e. more than 19 meters per second.

Yearly precipitation in the colder part of the year (mm): 1650

Date of last day with snow coverage: 16th May